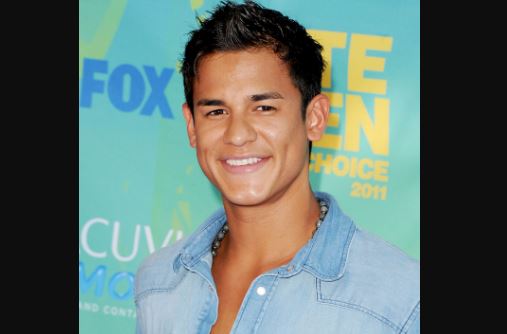 Have you ever watched one of the films from The Twilight Saga film series? If yes, then you would be familiar with the Canadian actor, Bronson Pelletier who portrayed the role of Jared Cameron in the film franchise. Moreover, he has also made his appearances in Dinosapien (2007), Fishing Naked (2015) and Conundrum: Secrets among friends (2018).

From the past years of his career, Bronson has made a quite good amount and maintained a satisfiable net worth. Apart from his career, he was married to his ex-wife Sabine Bezzelt Moestrup for four years and finally divorced in 2016. Is he dating anyone currently? Does he share any children?

Let’s find out all the details about his life in the lower sections of his biography. Stay tuned.

Bronson Pelletier was born on 31st December 1986 in Canada. He comes from one of the largest groups of First Nations in North America and belongs to a Plains Cree and Canadian descent. He grew up along with his four brothers where one of his brothers passed away in a car accident.

During the event, his brother was in his teenage and got hit in Surrey, British Columbia. He raised along with his three siblings in his hometown and decided to pursue his career in the acting field.

Bronson Pelletier first landed with his appearance in the Discovery Kids and CBBC TV series, Dinosapien (2007). He then worked for Aboriginal Peoples TV Network. It was then a big opportunity knocked on his door. He was offered to play the role of Jared Cameron in the American 2009 film, The Twilight Saga: New Moon.

As we mentioned before, Bronson Pelletier was married to his long-time girlfriend turned former wife, Sabine Bezzelt Moestrup. His ex-wife, Sabine is a famous Danish model. Reportedly, the couple introduced to each other in the year 2009.

After dating for several years, the couple tied the wedding knot in May 2012. Probably, their marriage ceremony was held private which was just attended by their family members and close relatives. The couple remained in a happy married life for four years and finally got divorced in 2016 citing “irreconcilable differences”.

There are still rumors that the couple never separated. However, none of them have confirmed the rumors to be true. After the divorce, Bronson seems to be leading a single life without dating anyone at present. He signed Shakir Entertainment Management in May 2017 and must be focusing on his career in New York, the United States.

Back in December 2012, Bronson Pelletier was involved in a controversy that also caught the media’s eyes.  He was charged for public intoxication as he was visibly under he influence of drugs or alcohol. The event was taken place at the Los Angeles International Airport (LAX) after urinating on the terminal floor. Shortly after that, he went out of the controversies.

The Canadian actor, Bronson Pelletier amassed an impressive net worth from his appearances in the Twilight Saga film series. As per various tabloids, he has an estimated net worth of between $1 Million-$2 Million. Let’s look at his films’ total budget with box office collection including star cast in the given table below.

As his movies have done great on the box office, he surely earned thousands of dollars from each film. He is bathing with money at present.