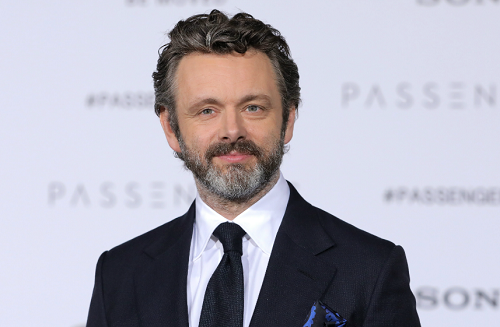 Michael Christopher Sheen aka Michael Sheen is a talented Welsh actor. He is best known for playing the role of Tony Blair in The Queen and as David Frost in Frost/Nixon. Likewise, Sheen is also praised for his work in Romeo and Juliet.

To date, Sheen has played in over 20+ movies and 20+ TV series. Likewise, he has also won several Awards for his work in the entertainment industry. Being such a praised and talented actor, how much is his net worth? Let’s find out about it.

Who Is Michael Sheen? Bio

The talented actor, Michael Sheen was born on February 5, 1969, in Newport, Wales, as Michael Christopher Sheen. Likewise, he was born to Irene Thomas and Meyrick. His mother is a secretary and his father is, a ‘British Steel Corporation’ manager. Moreover, Sheen grew up with his younger sister, Joanne Sheen.

Additionally, Sheen belongs to a white ethnic background and holds a Welsh nationality. He was born under the birth sign, Aquarius.

Furthermore, Sheen attended Blaenbaglan Primary School and Glan Afan Comprehensive. Later, he joined Neath Port Talbot College and studied English, sociology, and drama. Moreover, Sheen also studied at the Royal Academy of Dramatic Art in 1988 and graduated from there with a BA in acting in 1991.

Michael Sheen’s first job was in a fast-food restaurant. Later, Michael worked in theatres and performed his first professional role in ‘When She Danced’ at the ‘Globe Theatre.’ Later in 1992, he starred in the play ‘Romeo and Juliet’. The same year he starred in ‘Don’t Fool With Love.’

Likewise, Sheen worked in the TV series ‘Masters of Sex’ and received a ‘Golden Globe’ nomination in 2013. Moreover, he has received many awards such as BAFTA, Laurence Olivier Award, Ian Charleson Award, Men Theatre Award, etc for his work in the entertainment industry.

The 50 years old actor, Michael Sheen is an unmarried man as of 2019. However, he has been in several relationships with several women until now. Initially, Sheen was in a long-term relationship with actress Kate Beckinsale.

The two dated each other from 1995 to 2003. Likewise, they also share a daughter, Lily Mo Beckinsale-Sheen, born in 1999. However, the duo neither engaged nor got married.

Then, Micahel was in a long-distance relationship with Lorraine Stewart, a ballet dancer. They stayed in a relationship from 2004 to 2010. Furthermore, Sheen briefly dated Canadian actress Rachel McAdams.In addition, in 2014, he also dated American actress, Sarah Silverman.

Currently, Sheen is dating a Swedish actress, Anna Lundberg. Reportedly, he announced that his girlfriend, Lundberg is pregnant with his child and they are expecting a baby in 2020.

How Much Is Michael Sheen’s Net Worth? Income

Michael Sheen’s net worth is around $9 Million. Not to mention, Sheen is active in the entertainment industry since the early 1990s. To date, he has contributed a lot to the industry. Sheen earns over $150K per year as an actor. Similarly, he also adds some of the money to his net worth from his other income activities such as endorsements and advertisements.

For a long, Sheen is actively working in the entertainment industry and further has some upcoming projects. Hence, his income will definitely rise in the future. Surely, Sheen is living a lavish life relishing the colossal earnings.