Clarence Gilyard is an American actor, college professor, as well as an author. He is known for his role as a private investigator on the legal drama series Matlock (1989–93). In addition, he is also known for his role in the Christian thriller film Left behind and its sequel Left Behind II: Tribulation Force.

The actor Gilyard is married twice. Though his first marriage didn’t go well, he is maintaining his second marriage well. If so, who are his wives? Does the couple share any children? To know more about the actor read the article below.

Clarence Gilyard was born as Clarence Alfred Gilyard Jr. on 24th December 1955, in Moses Lake, Washington, the U.S. He is born under the birth sign Capricorn. He is American by nationality and belongs to African-American ethnicity. His father is Clarence Gilyard Sr. whereas the identity of his mother is unknown. His father served in the United States Air Force.

The actor grew up in Washington along with his five siblings. Further, Gilyard attended Eisenhower High School in Rialto, California and completed his high school in 1974. After graduating from his high school, Gilyard joined the U.S. Air Force Academy. Later he transferred to Sterling College in central Kansas.

Moreover, Gilyard played football for his school’s team but was not able to obtain a football scholarship so he quit playing football.

Who Is Clarence Gilyard Wife?

Clarence Gilyard is married twice. Currently, he is in a marital relationship with Elena Gilyard. The couple got married in 2001 in front of their family and friends. However, the actor has not disclosed the details about when they met and started dating.

After their wedding, Gilyard decided that Hollywood was not the best place to raise a family. So he stepped back from acting and went to Southern Methodist University in Dallas, Texas where he obtained a Master of Fine Arts degree in classical theatre. So far, the actor has kept his family as far as possible from acting.

Through, their blissful married life, Clarence and his wife are blessed with three children. One of their son’s name is Peter Gilyard.

Before getting married to Elena, Gilyard was previously married to Catherine Dutko. The former couple met each other while they are in college. However, the precise date and place of their wedding are not known. The pair even shared two kids from their relationship. Unfortunately, the duo later divorced.

Currently, the actor is enjoying his married life along with his spouse and children. There are no news and rumors of their divorce and other affairs.

In 1979, Clarence Gilyard moved to Los Angeles to start his acting career. Later, he became the first black actor to undertake the role of the cheerleader in the play Bleacher Bums. Gilyard has made a guest appearance on TV shows such as Diff’rent Strokes, The Facts of Life, 227, Simon & Simon and Riptide.

From 1982 to 1983, Gilyard was cast in the final season of the NBC TV series Chips as Officer Benjamin Webster. Moreover, he made his movie debut in 1986 portraying the role of an F-14 Tomcat Radar Intercept Officer (RIO), LTJG Marcus “Sundown” Williams, in Top Gun. 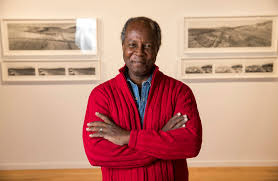 Clarence Gilyard’s net worth is $5 Million as of 2019. He collected such a hefty fortune from his acting career. Throughout his career, Gilyard played in the several movies and TV series. Similarly, the actor earns an average salary of around $50,427 annually.

Gilyard starred in several hit movies which did good earnings in the box office. Some of his notable movies along with their budget and box office collection are:

For his portrayal in such hit movies, Gilyard definitely got paid a good salary. As of now, Gilyard is probably living a lavish life with his spouse and children. However, he hasn’t disclosed the details of his house and cars.