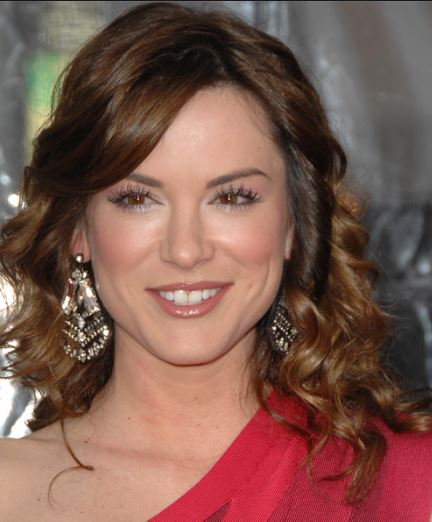 Today’s article is about an American actress, Danneel Ackles, who is famous for her role as Shannon McBain in the soap opera, One Life To Live. This drama was broadcasted in the ABC network and aired for more than 43 years from July 15, 1968, to January 13, 2012.  Similarly, this beautiful actress is also famous as Rachel Gatina in the American drama series One Tree Hill.

Not only professional life, but Danneel also seems delighted towards her personal life. To know more about this adorable and renowned actress, read the entire article.

Danneel Ackles was born as Danneel Graul on March 18, 1979, in Lafayette, Louisiana, the United States of America under the zodiac sign Pisces.  Although she was born in Lafayette, Danneel was raised by her parents Edward E. Graul Jr (father) and Deborah Graul (mother) in a small town in St.Landry Parish.  Additionally, her father is a practicing ophthalmologist, and her mother works as a designer.

According to the sources, her first name is Elta, but she is famed as her middle name, Danneel officially.  Danneel holds American nationality, follows Christianity, and belongs to a white ethical background.

The 40-years-old actress, Danneel Ackles is a happily married woman. She tied the nuptial knot with an American actor and director, Jensen Ackles, who is famous for his role as a Dean Winchester in the horror series, ‘Supernatural‘ on May 15, 2010. The wedding ceremony was held lavishly at the Crescent Court Hotel in Dallas, Texas, the USA, in front of the bride and groom’s closed ones.

Before tying the knot as husband and wife, the couple was bonded in a love relationship. The lovebirds began dating in May 2006 until 28th, Nov 2009. After being romantically linked as a boyfriend-girlfriend for more than three years, they exchanged their engagement ring on May 15, 2010. Since then, the duo is living happily without creating any sign of rumors and controversies related to their judicial separation.

Following the marriage, the married couple is blessed with two beautiful daughters and a son as of 2019. They welcomed their first child daughter in May 2013, whom they named Justice Jay Ackles. Similarly, Danneel announced her second pregnancy in August 2016.

And finally, on December 2, 2016, they welcome twins, daughter, and son Zeppelin Bram and Arrow Rhodes. As of now, Justice, Zeppelin, and Arrow are living happily with their parents. Danneel and Jensen are also sharing a good time with their kids and also never misses a chance to post their snaps on social sites. The lovebirds are also enjoying their parenthood together.

Prior to marriage with Jensen Ackles, Danneel was in a love relationship with an American actor, Riley Smith. The former couple dated one another in 2002 and were living blissfully until 2006. After 2006, they split-up their relationship and start living separately.

After dating Danneel, Riley romantically involved with, Lucy Hale. They began dating in 2018 and were living romantically, but they split-up mysteriously. As of now, Riley is a proud husband of Ashli Robson.

Danneel Ackles is earning a good sum of money from her professional acting life. Her estimated net worth is around $3 million. According to the Payscale, the average salary of an actress in America is $49,923 per year, and we believe an actress, Danneel might also be earning the same wage and living a lavish life.

She played on many TV shows and movies, from where she gained not only an impressive sum of wealth but also enough prominence, love, and support. Besides, actress Danneel is also a model and is obtaining a huge paycheck from her various endorsements deals. Currently, she represented Juicy Jeans as a model.

Ackles not only earns but also utilizes a part of her income on buying luxurious accessories like cars, houses, and many more, which is can also be added in personal assets.

She is slim and stands at an average height of 5 feet 7 inches or 152 cm and weighs around 58 kg.  Likewise, her body can be measured as 34-inches breast, 24-inches waist, and 34-inches hips. Scrolling her Instagram, it can be said that she is a travel and fun lover.