If you are a diehard English movie freak than once in a lifetime you must be familiar with this Personality. The actress has appeared in more than 120 movies throughout her acting career. She is non-other than legendary Hollywood actress Diane Ladd.

Diane Ladd is an American actress, film director, producer, and author. During her long career, she won many awards including the BAFTA award for the best supporting role in Alice Doesn’t Live Here anymore. To get to know more about Diane, stay tuned:

Diane Ladd born as Rose Diane Ladner on November 29, 1935, in Meridian Mississippi. She is the only child to Mary Bernadette a housemaker and actress Preston Paul Ladner, a veterinarian who sold products for poultry and livestock.  Ladd graduated her high school from New Orleans at the age of 16.

Subsequently, Diane performed in theatrical productions ranging from musicals to comedy. She starred with actors such as Robert DeNiro in Noisy Passengers, Jane Fonda in Woman Speak, Louis Gossett Jr. and David Steinberg in Broadway’s Carry Me Back to Morningside Heights.

Diane Ladd was married to American actor Bruce Dern in the year 1960. Her ex-husband is famous for playing villainous characters in movies like Nebraska, and Hateful Eight. They lived happily with two daughters Diane Elizabeth Dern and actress Laura Dern. Sadly their eldest daughter died at eighteen-month with a head injury after falling into a swimming pool. Apparently, the then couple divorced in 1969 after the death of their first daughter.

However, after separating with Bruce, she married William A Shea Jr the same year in 1969. Sadly, they divorced after eight years of being together with no children. Later after many years of being single, she tied the knot with an American Businessman, Author, Speaker Robert Charles hunter in 1999.

In Addition, Ladd had a relationship with Tennesse Williams who was named among the three foremost playwrights of 20th-century American drama. Besides, she shares a family relationship with American musician, poet, and author Sidney Lanier.

Diane Ladd gave birth to two beautiful children with her first marriage with Bruce Dern. She gave birth to her first daughter Diane Elizabeth Dern on November 29, 1960, but sadly she died in an accident with a head injury after falling in a swimming pool.

Later she gave birth to another daughter Laura Dern on February 10, 1967. Apparently Laura followed the footsteps of her parents and became an actress. She won several awards just like her mother including four Golden Globe Awards and a Primetime Emmy Award. She has collaborated with David Lynch in movies like Blue Velvet, Wild at Heart, Inland Empire.

In addition, Diane, Bruce and their only daughter Laura received adjoining stars on the Hollywood Walk of Fame on November 1, 2010. 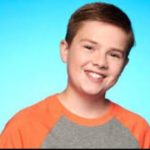 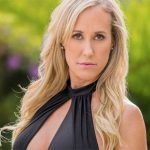