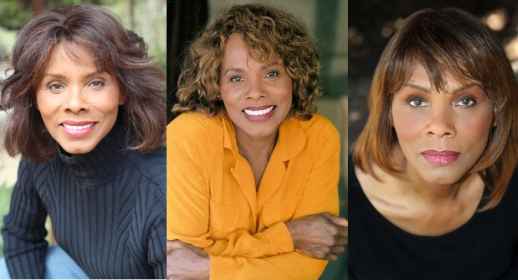 American Actress Gloria Hendry is best known for her role as Rosie Carver, James Bond’s sidekick and love interest in the movie James Bond(1973). Gloria is not only a beautiful actress but is also a former Playboy model.

This article will discuss the facts about Gloria’s life events, career, relationships, net worth, and overall achievements. Let us take a deep dive into her life.

Born in Florida and raised in Newark, New Jersey, on March 3, 1949, Henry is of mainly Seminole and African descent. Hendry also belongs to Creek Indian, Chinese and Irish descent. The 73-year-old actress has a memoir titled Gloria, where she discusses more of her appearance in the James Bond movie.

She is best credited for her role in the James Bond movie Rosie Carver in 1973 Live and Let Die. As a former Playboy model, she often talks about her experience as a Playboy model as she was known by the name Bunny in the industry.

Gloria Hendry started her career as an assistant to the legal secretary in the New York Office of NAACP. During that time, she modeled as Bunny in Playboy magazines. This exposure boosted her in the acting realm, and later in 1968, she was offered to cast in Sidney Poitier’s film For Love of Ivy.

Following her career, she played a small role in the 1970 film The Landlord right after her first movie. In 1973, she got the role that changed her life: James Bond. Playing the role of the lead character’s sidekick, she was the first African-American woman to be romantically involved with 007.

Gloria Hendry starred in films like Across 110th Street(1972) and Slaughter’s Big Rip-Off(1973). Along with that, she starred in Black Caesar and its sequel Hell Up in Harlem. Gloria portrayed the role of a martial arts expert, Sydney, in Black Belt Jones(1974).

How Much Is Gloria Hendry’s Net Worth?

The beautiful African-American Actress Gloria Hendry has a net worth of $1.6 million as of 2022. The romantic sidekick of James Bond has surely gained a great asset due to her role. She played Rosie Carver in James Bond and Helen Bradley in Black Caeser.

In addition, her working as a Playboy model also helped increase her worth and make it what it is now. According to sources, Playboy models receive $30,000 per photo shoot. Likewise, James Bond grossed 7 million pounds while the cast earned $100,000.

The 73-year-old actress is said to be married to Phil Wright. However, no sources confirm this statement. Gloria hasn’t openly talked about her relationship status or married life. Allegedly, Hendry is enjoying her married life and has two children.