Janelle Ginestra is a famous American choreographer, dancer, and reality TV star. She is also a famous youtube star as her videos of dance is so much liked by the people. Her videos on youtube also teach some dance technics, and her channel has helped many young people who love to dance and build a career in dancing.

So far, she has already gained over 400 thousand subscribers on her channel. The choreographer is living a blissful life with her husband. What’s her Net Worth as of now? So if you all want to know more about this dancing queen, read the full article.

Janelle was born on 14th May 1989 in Santa Clara, California, USA. Information regarding her parents is unavailable. She started to dance since she was two years old. This shows how passionate she was about dancing from her childhood. She attended a dancing class in a local studio in Santa Clara. Then she and her mother moved to Los Angeles so that she can pursue her acting career. There she did some commercials and a job on tv shows.

She attended training at Starstruck Cheer and Dance there and also joined a local pom group, which helped her somehow better her dancing skills. Later through her hard work and passion, she got an opportunity to show her dance skill in movies like Alvin and The Chipmunks and Honey 2.

Also, she has appeared in famous TV shows like Glee, The X-Factors, and Bunheads. She also joined Pink, Jennifer Lopez, and Beyonce in different events.

Janelle is married and her husband is none other than her long time dance partner Willdabeast Adam. She met her in 2010 and began to work together. Their love for dance brought them closer and they began to date each other. They got engaged in May 2017 and one year later in September, they took their wedding vows.

Since Janelle is a famous dancer, choreographer, and creative director, it seems she has earned a hefty amount of money. Even she had worked and is working in different movies and tv shows and also she owns a dance company with her husband, there is no doubt that she is a wealthy celebrity. She also earns some money from her youtube channel.

Although her exact net worth in unknown, her estimated net worth is $2 million– $5million. Even though she has earned such a great fortune, the details about her house and cars are not available in media, Bonnie Hoellein,  Emily Alexander, Elena Genevinne, and Dylan Efron are renowned Social Media Personalities. 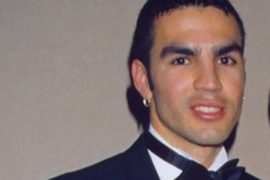