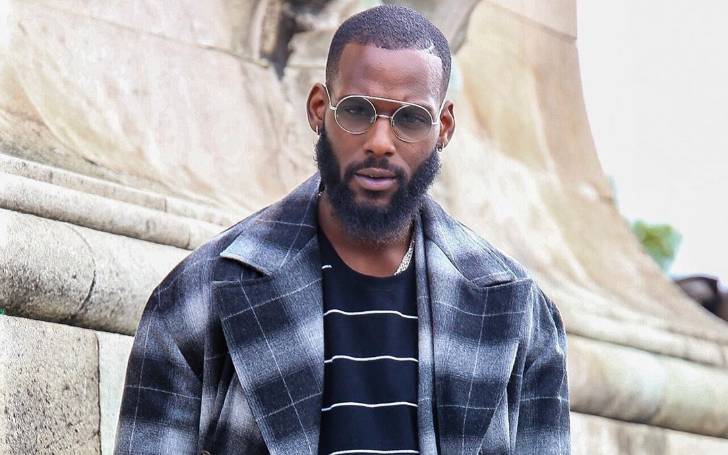 Nana-Kofi Siriboe, aka Kofi Siriboe, is a popular American actor and model who came into the spotlight after performing in the Oprah Winfrey Network drama series Queen Sugar.

Aside from this, he has been modeling at several events and has made his appearance in many movies and tv series like The Longshots, Whiplash, Girls Trip, and more.

Be with us furthermore and know every single detail relating to his entire life in the article below:

Kofi Siriboe’s birth name is Nana-Kofi Siriboe was born in 1994 on 2 March, in Los Angeles, California, the United States, holding an American citizenship.

Regarding his educational background, there are not any specific details about it. It seems that he has not revealed about his early life as well.

Likewise, his father’s name is Kwame Boakye, and his mother is Koshie Mills; his mom was born in Ghana. Further, Kofi does not have any sisters, but he has two brothers.

Moreover, Kwesi Boakye is his younger brother and his elder brother, Kwame Boateng. Siriboe is of Ghanaian ancestry.

Also Read: Is An English Actor and Model, Eyal Booker Single or Dating Anyone?

Kofi Siriboe started his professional career by singing with Wilhelmina Models New York and Vision Los Angeles. In 2008, Kofi started his tv acting debut for a comedy-drama called The Longshots.

Then he began appearing in many movies like Whiplash, Straight Outta, and Prom. Additionally, he has featured a guest character in Lincoln Heights and CSI: Crime Scene Investigation.

The impressive model has also played Tyler Miller’s performance in the TV series Awkward from 2014 to 2015.

Since 2016, Siriboe has been a regular part of the famous Oprah Winfrey Network drama series, Queen Sugar.

He has not won any individual awards, but he was nominated for many awards. For being a young personality, The actor Kofi will surely grab some awards in the coming future.

Is Kofi Dating anyone?

Talking about his romantic life, Kofi Siriboe has been in an apparent relationship with Issa Rae since 2019.

Furthermore, the two have shared a strong bond and often upload some cute photographs and comments mentioning each other. According to the sources, Issa and Kofi are currently in a relationship.

Though, the pair has not disclosed the news. Before Siriboe dated Duckie Thot, an Australian model, the pair caught the spotlight together in 2017, the 10th annual ESSENCE Black Women at Hollywood show.

In 2018 in December, the former couple had a bitter breakup, which was known by their tweets.

Eighteen years old Siriboe gains a good salary from his professional career. Even though his wages are unavailable and his net worth is estimated to be about $1 million.

Despite this, an average salary of an actor in America makes over $40,000 per annum.

Young and black handsome has gathered from his professional career as an actor and model in the entertainment industry. The main source of his salary is from his movies.

For more articles on actors and models, follow Allstarbio.