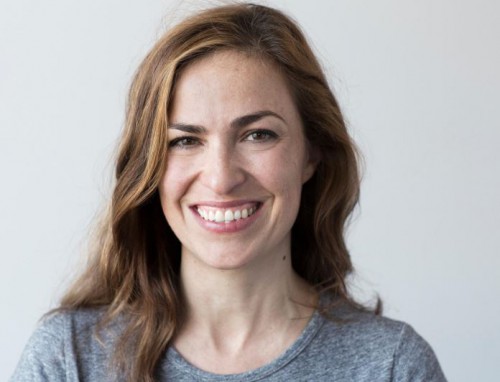 Lisa Brennan is an American writer who rose to fame for being the daughter of Steve Jobs and Chrisann Brennan. Her father, Steve was a co-founder and chief executive officer (CEO) of Apple Inc.  Lias worked as a Journalist and magazine writer.

Lisa Brennan-Jobs was named after the early Apple computer, the Apple Lisa. Moreover, she was featured in several biographies and movies, including the Silicon Valley Pirates, Jobs, and Steve Jobs biopics. To know more about Lisa, read this article.

Little about her Parents

Lisa Brennan was born as Lisa Nicole Brennan on May 17, 1978, in Portland, Oregon, the United State. As mentioned earlier, she is the daughter of Apple co-founder Steve Jobs and his long-time girlfriend, Chrisann Brennan. Her parents met for the first time at Homestead High School in Cupertino, California in 1972. The couple had an on-off relationship for around five years.

Initially, their relationship took the next step after the two moved into a house with their friend Daniel Kottke. At the time, Steve had just co-founded  Apple Inc. The couple gave birth to Lisa on 1978 and named her Lisa Jobs after the project that Steve was working on, the Apple Lisa. Later, the couple ended their relationship with some undisclosed reason.

After Steve broke up with her mother Chrisann, he tied the knot with Laurene Powell. Powell is a businesswoman and the founder of Emerson Collective. Lisa shares three half-siblings from her father’s marital relationship with Laurene.

She has two half-sisters Erin Siena Jobs and Emily Deschanel and a brother Reed Jobs. Her sister, Emily is an American actress, director, and producer. She has appeared on several television shows as of now.

The case of paternity and reconciliation

Lisa’s father publicly denied paternity after she was born, which led to a legal case. Not just that, even after DNA tests, Jobs maintained his position. The legal case’s settlement forced him to provide Brennan with $385 a month and to reimburse the government for the welfare money. Later, he paid $500 a month after Apple went public and he became a multimillionaire.

Years later, Steve left Apple and tried to reconcile with Lisa. Afterward, Lisa’s mother mentioned that, Jobs apologized several times over for his behavior to her and their daughter.  She further added that he never took a responsiblity when he should have. After Steve reconciles with her, Lisa changed her last name to Lisa Brennan-Jobs.

Lisa attended The Nueva School and Lick Wilmerding High School while she was with her mother. Later, she joined Palo Alto High School after her father raised her. In 1996, she graduated from Harvard University and worked abroad at King’s College London for one year. As a student, she wrote for The Harvard Crimson.

She graduated in 2000 and then decided to work as an author in Manhattan. To date, she has written a number of books including, The Massachusetts Review Spiked, Vogue, and O, The Oprah Magazine.

Lisa Brennan has earned a great fortune from her career as a writer. Yet, the exact details of her net worth and salary are still under review. Since she has published more than ten books, her net worth is around $5 million. Besides, her father Steve Jobs had a net worth of $10.2 billion at the time of his death. At the beginning of his career, Jobs’s net worth was $1 million and grew to $10 million by next year.

After his expiry, the entire fortune was left to his wife Laurene Powell Jobs.  She inherited the Steven P. Jobs Trust, which had a 7.3 percent stake in The Walt Disney Company worth around $11.1 billion as of May 2013, as well as Apple Inc’s 38.5 million shares. Jobs left Lisa a multimillion-dollar heritage in his will, according to Fortune magazine. With such fortunes, Lisa enjoys a lucrative lifestyle.

Lisa Brennan is 41 years old as of 2019. Likewise, Jobs stands at a good height and has a perfect weight. However, the measurements of her body, height and weight are unavailable at the moment. Brennan has a pair of blue eyes and her hair color is blonde.

The 40-year-old writer, Lisa is a married woman. She walked down the aisle with her parents to get her husband, Bill. The love birds exchanged their wedding vows in an intimate wedding ceromany hall. Since Brennan lives a low key life, there are no details about her wedding date and venue.

Through their blissful married life, the couple was blessed with a son Thomas. Currently, Lisa lives in Brooklyn with her husband, Bill, their son, and two stepdaughters. As the couple has spent several years together, it seems like they are enjoying their love life without any problems and conflicts. Besides, Lisa’s past affairs and relationship are far from the media’s reach, while her husband was married twice.

Demise Death of her Father

Steve Jobs’s death was a huge loss for Lisa and her family. Born on February 24, 1955, Jobs died at the age of 56. Since October 2003, he was diagnosed with cancer. At the Methodist University Hospital Transplant Institute in Memphis, Tennessee, Jobs underwent a liver transplant in April 2009. On October 5, 2011, he died at his Palo Alto, California, house.

Steve Jobs died at the age of 56

The day before, he had lost consciousness and died alongside his wife, children, and sisters. The cause of his death was the complications from a relapse of his pancreatic neuroendocrine tumor.