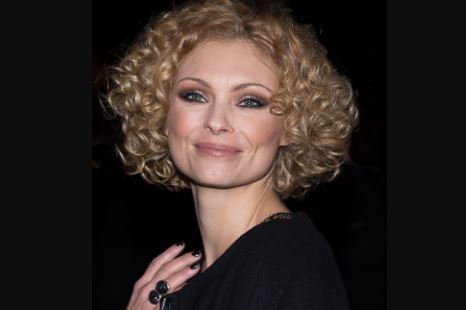 Have you ever watched the 2011 American romantic fantasy film, The Twilight Saga: Breaking Dawn (Part-1)? If yes,  then you must know the role of Tanya played by the Swedish actress, MyAnna Buring. She has also appeared in part 2 of the film that grossed $829.7 Million on the box office which was made with a total budget of $136.2 Million.

The 40 years old, MyAnna has also played in other famous movies and many popular TV series. So, how much net worth she collected? Talking about her personal life, though she keeps her private life a low-key, she has a son. Then, who is the father of her son?

Born in Sundsvall, Sweden, MyAnna Buring spent her early childhood in her hometown. Shortly after she moved to the Middle East with her family. Initially, she studied at the American British Academy in Oman.

In order to pursue an acting profession, MyAnna went to Great Britain and attended the London Academy of Music and Dramatic Art. Just after her graduation in 2004, she stepped further on her career-making.

MyAnna Buring got encountered with her talent in acting during her teenage. Also, she is a childhood friend of the famous actor and filmmaker, Stegath Dorr. In the same year of her graduation, she played a guest role in Murder Prevention (2004). Following, she appeared in the TV shows, Grindhouse (2007), Midsomer Murders (2008), The Wrong Door (2008), Any Human Heart (2010), and many others.

MyAnna came up with a big role of Tanya in the 2011 American romantic drama fantasy film, The Twilight Saga: Breaking Dawn (Part 1) alongside Kristen Stewart, Taylor Lautner, Elizabeth Reaser, Robert Pattinson, Billy Burke, and others. Due to her excellent performance, she was also cast in part 2 of the film. At present, she is working in the Netflix TV series, The Witcher opposite Henry Cavill, Anya Chalotra, Freya Allan and others.

As we mentioned before, MyAnna Buring is leading a low-key life. She hardly shares any news of her private life in the media. Whenever she gets asked about her marital status, she stands tight-lipped. Well, she might not want to reveal her personal life as something must have happened in her past.

During an interview with Daily Express, she disclosed the reason of her private life to be her late started career. She explained:

I don’t talk about my personal life ever and quite early on I decided that was out of bounds. If I was in my early twenties, I might feel pressure to talk about home life.

During her pregnancy, she had appeared on the red carpet with her baby bump. After keeping her pregnancy a secret for a long time, she announced of having a son on Thursday’s Lorraine, eight weeks after she gave birth to the baby. Also, she also told the media source how she loves to enjoy quality time with her kid. She added:

He smells so good! All he does is bathe in his own milk and throw up… but it’s so divine!

Even though MyAnna has not talked anything about the father of her baby, she spends a happy life with her friends and family. Besides, she is free of controversies in 2019.

The main source of MyAnna Buring’s net worth is her acting career. As she has made her appearances in a variety of films and TV series, she has surely earned a hefty amount of money from them. She has maintained an estimated net worth of $1 Million as of 2019. The average salary of a UK actress starts at $32,523.

Therefore, MyAnna is providing a lavish life to her son and family at present.

Watch the Netflix trailer of THE WITCHER