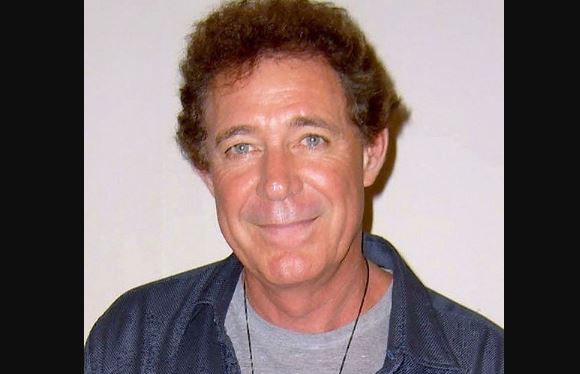 You might have heard the phrase, “Jack of all, master of none”. But in the case of Barry Williams, it turns to be the opposite. With his dedication and hardwork, he successfully established his career in multi-fields. He is an American singer as well as active in the entertainment industry since 1967. From his long career, he has amassed a total net worth of $6 Million.

On one side, Barry’s career was stepping at the peak, however, on the other side, his married life was creating so many problems. He married thrice in his life and divorced with two of his wives. Currently, he is spending his married life with his third spouse, Tina Mahina. Do they share any children?

Let’s find out in his biography.

Born in Santa Monica, California, Barry Williams grew up with his two older brothers. His mother was Doris May Moore, whereas, his father, Frank Millar Blenkhorn was from Canada but belonged to English, Scottish, and German ancestry.

Raised up in California, Barry enjoyed his childhood with his two siblings; Craig Blenkhorn and Scott Blenkhorn. During the time, he found his neighbor to be Peter Graves, an American actor. Following, he decided to pursue his career in the acting field.

After hitting the door for so far, Barry Williams entered the entertainment industry with his first TV debut in 1967 in an American radio, TV series, Dragnet 1967. Later, he made his guest appearances in Adam-12, The Mod Squad, Here Come the Brides, and so on. In the year 1988, he also made his appearance in the broadway musical, Romance/Romance.

Moreover, Barry has also appeared in Brady Bunch TV movies and also worked in a Christmas movie, A Very Brady Christmas alongside Robert Reed, Ann B. Davis, Susan Olsen, Florence Henderson, Christopher Knight, and many others. Also, he published his autobiography titled, Growing Up Brady: I Was A Teenage Greg that stood up as a New York Times bestseller and is also adapted into a TV film, Growing Up Brady.

Talking about his singing achievements, Williams once sang a parody of The Real Slim Shady by Eminem. He also featured in a music video of Peter Gabriel, an English singer-songwriter.

As we mentioned many times earlier, Barry Williams is not so perfect in handling his relationships. He married three times in his life and currently staying happily with his third wife. At first, Barry tied the wedding knot with his first and former spouse, Diane Martin in 1990. Just after two years of marriage, they divorce in 1992.

Following, in 1999, he went for his second attempt and tied the knot with Eila Mary Matt. Though their relationship was praised by a lot of public, it also didn’t last for a long. As a result, the couple divorced in 2005 citing “irreconcilable differences”.

The Brady Bunch star, Barry told Closer Weekly about his third marriage with his long-time girlfriend, Tina Mahina. The couple married in 2017 and during the time, Barry was 62 and Tina was 50. That means they have an age difference of 12 years. Also, the duo disclosed that they will have their honeymoon in the South Pacific.

However, there are still no rumors of their divorce as they are spending a happy married life with each other. Also, they are raising two children; a daughter, Samantha Rose Williams (born in 2012 with Eila) and a son, Brandon Eric Williams (born in 2003 with his then-girlfriend, Elizabeth Kennedy ). Therefore, the family of four are happily residing in Santa Monica, California, the United States.

The American actor, Barry Williams has accumulated an excellent amount from his appearances in films and TV series. His net worth is estimated to be $6 Million as per the Celebrity Net Worth.

When he used to perform in the Brady Bunch show, each chid actor used to earn a weekly salary of $1,100, however, the cast members of the show hardly thought for benefit. Barry makes a hefty amount from hosting a show on Sirius/XM.