Will marrying Serial Killer can give you popularity? Well, anything that grabs audience can give you popularity whether it be good or bad. Nihita Biswas is one of the celebrities who gained name and fame after marrying ‘bikini serial killer’ Charles Shobhraj. Nihita is a Nepali reality TV personality. Regardless of Nepali TV personality, Nihita is renowned for being the wife of a serial killer.

Here are all the details about the star that you need to know. The article includes her age, height, net worth, married life as well as husband.

Although Nihita Biswas was born in Nepal, her exact date of birth is out of media’s reach for now. In the same way, the details related to her early life is also missing. Talking about her parents she has a mother named Shakuntala Thapa. She is a lawyer who worked in the Charles Shobhraj case in Nepal.

Additionally, Sakuntala is also a feminist and a Communist who is an active supporter of the Maoist party. Nihita’s father is an Indian from West Bengal who was a wastrel and maltreated his children. Nihita belongs to Nepali nationality and holds Asian ethnicity. In the way, there is no detailed information relating to Biswas’s educational background.

As mentioned before, Biswas rose to fame after her marriage to Charles Gurmukh Sobhraj. Charles is a French serial killer who is popular for his skill at deception and evasion. She received further fame after her appearance in the Indian TV channel Color’s reality show ‘Bigg Boss 5’. Additionally, she is the first Nepali contestant of the show.

However, Biswas’ TV appearance did not last long as she was eliminated in the first round of the show itself. Ever since she has been away from the media spotlight. Furthermore, she stated that her husband Charles persuaded her to give Big Boss a chance for the purpose of generating exposure for her skill and talent.

She also has been dragged into a controversial interview with Mandeep Belvi. He asked a series of question about her sex life involving Charles Sobhraj. She later clarified that she had no physical relations with him in the 3 years of marriage. Following eviction which affected Nihita deeply that lead to psycho-somatic disorder. The disorder resulted in swelling and growing paralysis.

After living in Vipassana camp for around 10 days, she started getting better. Ever since numbers of people messages her expressing their support towards her.

Moving onto her body measurement, there are no details about Biswas’ height and weight. Nihita has black hair color and dark brown eye color. Looking at her picture she seems to have average height.

Is Nihita Biswas Married? Know About Her Husband

Nihita initially met notorious serial killer Charles Sobhraj when he was looking for a French interpreter. She recalls that it was love at first sight for the couple.

The pair remained in a relationship and they later decided to take the relationship one step further by marrying on 9th October 2008 in jail itself. However, Nepalese jail authorities have dismissed the claim of his marriage. Their marriage gathered numbers of headlines. It was not just their huge age difference but also the fact that Charles was serving a life sentence given by Nepal court for the murder of Connie Jo Bronzich.

People also accused her of marrying him for money and fame.

She has yet to reveal her net worth. Also, Biswas has not revealed her current salary. The media is also under the rock about her husband’s net worth. She is not active in any sort of social media platform.

We will make sure to update you with all the information as soon as we get one. 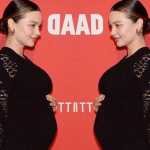 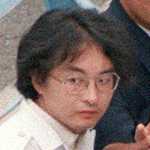