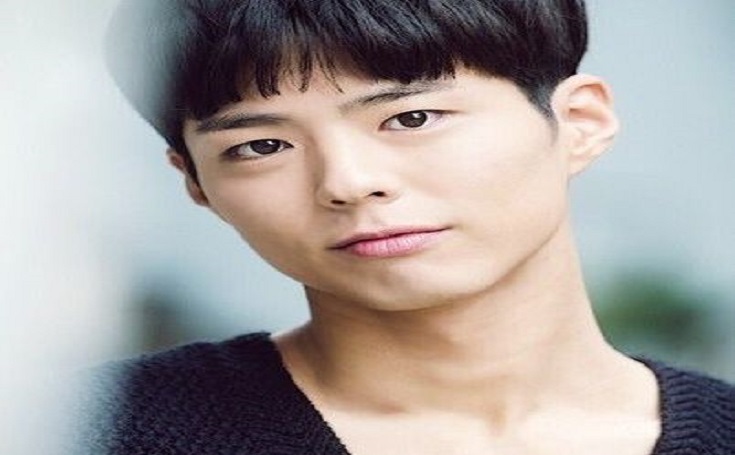 If you have ever watched the Korean drama “Love in the Moonlight,” then you would be familiar with the role of a Joseon Crown Prince portrayed by the famous Korean theater, TV, and film actor, Park Bo-gum.

Besides, he is also a singer and exceptionally talented pianist who is widely known for his diverse range of roles in film and television; notably, a psychopathic lawyer in Hello Monster (2015), a genius Go player in Reply 1988 (2015–2016), a free-spirited man who falls for an older woman in Encounter (2018), and a model who prevails various difficulties to become a successful actor in Record of Youth (2020). To know more about Bo-gum in detail, we suggest you read this article till the end.

The TV personality, Park, was born on June 16, 1993, in Mok-dong, Seol, South Korea. He holds South Korean nationality, and his horoscope is Gemini.

Further information regarding his parents is unknown. He is the youngest son of the three siblings in his family. Sadly, he lost his mother when he was just in 4th grade. In addition to this, his father once confessed that his parents almost aborted him, as his mother was very sick during her pregnancy with him.
It required her to take medication that she feared will cause harm to him. However, they decided to have him in the end. That’s why he is named “Bo-gum,” which means “Precious Sword.”

Similarly, he finished high school at Shinmok High School and later graduate with a bachelor’s degree from Myongji University with an Arts major in 2018. He illustrated his country and his university’s culture in Europe during an exchange student program while studying at Myongji University. After that, he enrolled at the university as an undergrad in Musical Theater.

South Korean actor Park began his career as Actors, Singer, Model, as well as Producer in 2011 when he was just 18 years old. Likewise, his first film debut was from a talent management company in South Korea called Sidus HQ. Since his childhood, he dreamed of becoming a singer, as he loved singing and playing the piano. But, when he got selected as a trainee, he was advised to pursue acting. He released his first album in the year 2020, titled “Blue- Bird.”

And in 2011, he debuted as an actor; his first film is about the thriller genre named “Blind.” Instantly, he dropped Sidus HQ and joined Blossom Entertainment, from which his career took a new turn. He starred in many movies and dramas such as “Runaway Cop,” “Hero,” “Wonderful Days,” “Bridal Mask,” and many more. The year 2016 was a golden year in his career, as his drama “Love in the Moonlight” was very well received by his fans and critics.

The dashing and good-looking model is single as of 2021 and no more engaged in any dating relationships. It is either because he hasn’t revealed his personal information on the public sites or he is too busy with his career development.

There are no past records in the public domain of his relationship and affairs. Also, he has never been spotted with any girls outdoor. However, we will share the updates if she revealed her information relating to this topic.

28 years old, Bo-gum has built himself as one of the successful TV personalities in the entertainment industry. He has made a good fortune through his professional career. His estimated net worth is about $2.5 million. He received the amount of $30,000 per scene in the theatre. Also, he earns a portion of his total income from different brand endorsements and advertisements.

It is confirmed that he is living an elegant life with millions of net worth, and his net worth will definitely rise in the future with his success in acting, singing, and modeling journey.
Additionally, he has been active in this field for a long time. Hence, he has made an impressive sum of money from his works. Recently, he owns an apartment of his own, but he hasn’t disclosed details of his properties and assets publicly yet.

Joe Seo and Ahn Bo-Hyun are some popular Korean actors who are involved in the film industry.