Ramona Young is a prominent American actress, scriptwriter, director, cinematographer, and producer. She is best known for her recurring roles on the television series such as Man Seeking Woman, The Real O’Neals, etc. She currently stars in the CW Arrowverse superhero TV series, Legends of Tomorrow as Mona Wu alongside Brandon Routh, Caity Lotz, and many other actors.

Young earned a wide name and fame from her successful acting profession. Along with it, she also earned an astonishing sum of money and has maintained a good net worth. What is her actual net worth?

Ramona Young was born as Ramona Abish Young in Hong Kong on May 23, 1998. Likewise, both of her parents were from Hongkong. Her father is a psychologist and a professor whereas her mother works in the Navy. She belongs to mixed ethnicity and holds American nationality. In addition, Young was born under the birth sign, Gemini.

Young attended a local school in Hong Kong until she was eight years old and later moved to America. She graduated from the California State University, Los Angeles and studied acting at Playhouse West.

Moreover, her eye color is black and her hair color is also black. Further, Ramona’s age is 21 years as of 2019.

Ramona Young started her career as an actress by appearing in a 2014 episode of the short-lived ABC sitcom Super Fun Night. Likewise, she wrote, produced, and starred in a short film, Reflections in 2015. Similarly, Young also directed, wrote, and produced another short film, Live Exit Here.

However, Young rose to fame after portraying the role of Kaya in the third season of Syfy’s Z Nation in 2016, Robin in FXX’s Man Seeking Woman, Deadpan store clerk in Netflix series Santa Clarita Diet. Moreover, her recent work is in the 2018 film, Blockers as Angelica.

What Is Ramona Young’s Relationship Status?

It seems like Young is currently focusing on her career rather than involving in any romance. On 20th April 2019 Young shared a picture with a guy on her Instagram but she did not reveal his identity. Furthermore, she did not admit whether she is dating or not.

What Is Ramona Young’s Net Worth, Salary & Income?

Ramona is a professional movie and TV actress as well as a director and producer. Being involved in multiple-professions Young earns an astonishing sum of money. In 2018, Ramona’s net worth was around $200,000.

Probably, Young’s net worth is around $300K as of 2019 which is similar to that of a fellow actress, Angela Means. Not to mention, her net worth is going to rise in the coming days as her demand in the market as an actress is rising. Furthermore, the films that she directs and produces are doing well in the box office. 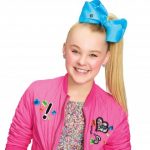 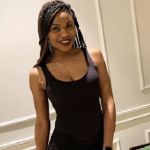