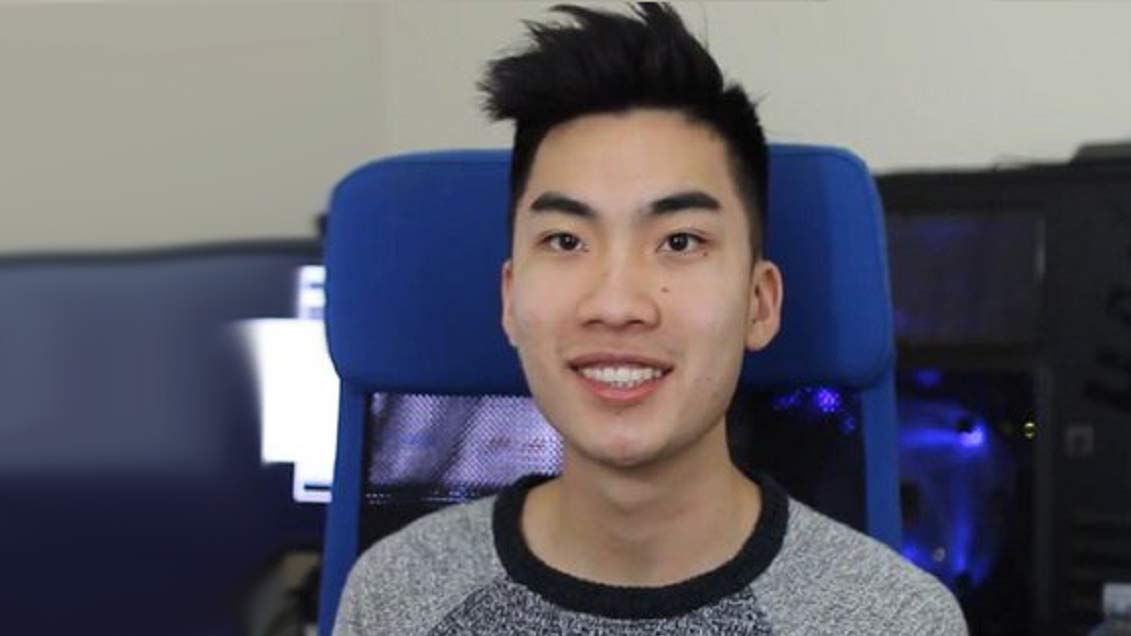 Social media has always been a great platform for the young generation. Today’s topic is also related to the same person who successfully gained over 10.8 Million subscribers on his YouTube Channel titled RiceGum.

Bryan Le widely known as RiceGum is an American YouTuber, rapper, and musician. Also, RiceGum has more than 4.9 Million on his Instagram as of October 2018. Most of his fans and followers are so curious to know about his girlfriend or is he married to anyone?

Further, RiceGum enjoys an impressive net worth of $8 Million. If you want to collect all the information regarding RiceGum’s professional and personal life as well, then read the full article until the end. Stay tuned with us.

RiceGum was born as Bryan Le on 19 November 1996, in Las Vegas, Nevada, U.S. He was born to his Vietnamese parents. His father is Luat Quang Le and mother is Quang Ly Lely. However, he has not disclosed much information about his family. He grew up along with his two siblings. He holds an American nationality and belongs to an Asian ethnicity.

Since his tender age, Bryan was so much fascinated by making videos and composing music with singing. Moreover, he attended Sierra Vista High School. After some time, Le created his YouTube channel on 24 September 2012 and started posting game videos at first.

Well, RiceGum uploaded his first video on his YouTube channel about his introduction with playing Modern Warfare 3. Later, he changed his videos to Major League Gaming streaming where he collected over 30,000 followers.

After being far for some years from YouTube, he again made his comeback on 8 December 2015 with his These Kids Must Be Stopped series which made people so curious about it. During his series, he also criticized Jacob Sartorius, Trey Sartorius, and Loren Beech from the musical.ly app.

Also, RiceGum announced his partnership with Machinima in November 2012. In fact, he also partnered with CloutGang in 2017. He got more recognition with his talent for making YouTuber diss tracks and Vevo thumbnails.

In November 2017, Le was ranked at number 25 on the Billiboard Emerging Artists chart. Also, his single It’s Every Night Sis certified platinum by the Recording Industry Association of America (RIAO).

As of October 2018, Bryan has an amassed subscriber of over 10.8 Million on his YouTube Channel titled RiceGum. Also, he has over 4.9 Million followers on his Instagram profile and over 3.5 Million on his Twitter account.

They call me ranch cause I be dressing ?

Furthermore, RiceGum has a slim body. Bryan’s eyes are brown and hair color is black. However, he has not yet revealed his body measurement to the media.

Who is RiceGum (Bryan Le) girlfriend? Is he married?

Most of RiceGum’s fans and followers are eagerly waiting to know about his girlfriend and his marital status. Well, for your kind information, Rice has kept his personal life very private.

Going through his Instagram account, RiceGum has uploaded various pictures with several girls. However, most of the times his fans get misunderstood by his female YouTuber fellows thinking as his girlfriend.

Though RiceGum shares a strong and good bond with the famous YouTubers like Amanda Cerny, Sommer Ray, he has not disclosed any relationship with them. In fact, he says they are just his good friends.

You didn't sneeze but this picture just blessed you

Similarly, Bryan was rumored to be dating the famous Instagram personality, Alissa Violet. However, the couple never confirmed their relationship to the media. Currently, Violet is in a relationship with her boyfriend Richard.

Well, RiceGum might be dating any girlfriend secretly, but he has not mentioned anywhere about his partner, past-affairs and relationship with any other girl. Well, he seems to be living a single life with his parents and focusing on his career rather than being in a relationship.

RiceGum accumulates a huge earning as a social media personality. Also, he makes an amassed amount of money from his social accounts including YouTube, Instagram, Musical.ly and many others. However, he has not yet disclosed his actual salary to the media.

Thank you for all the support recently! I have the best supporters in the world (Everyone looks so happy in this picture)

She texted me but I left her message on the color of my shirt ?

Going through his Instagram account, RiceGum seems to be living a rich lifestyle. Also, he has uploaded various pictures with his different cars. Moreover, he has a car collection which also includes Marcedes Benz S550. Well, he is living a standard lifestyle along with his parents in a beautiful house resides in Las Vegas, the United States.