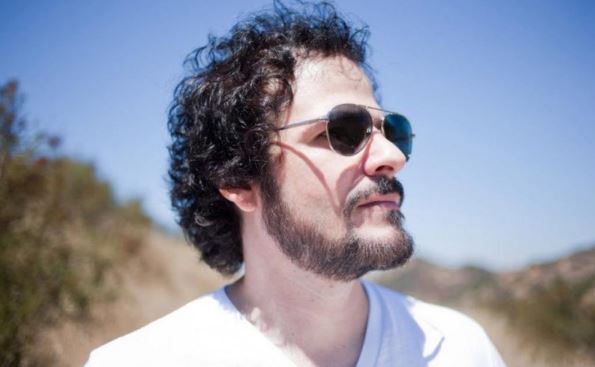 You might have seen a lot of cases where a wife becomes famous due to her husband. However, today’s topic is opposite to it. Here Rob Bonfiglio rose to stardom as the husband of the American singer and TV host, Carnie Wilson. His wife, Carnie is widely recognized as a member of the Wilson Phillips, an American vocal group.

Rob is married to Carnie since 2000. Till then, the couple is spending a blissful married life together. As a matter of fact, the couple shares two daughters from their marriage. Also, they are leading a lavish life as Carnie has an estimated net worth of $24 Million as per the Celebrity Net Worth.

Let’s discuss in detail about Rob’s biography. Stay tuned with us.

The American musician, Rob Bonfiglio gathered media attention after started dating the famous American singer, Carnie Wilson. Shortly after, the duo exchanged their wedding vows in a private marriage ceremony on 23rd June 2000. Probably, their wedding was attended by their close friends and relatives.

His wife, Carnie is singing pop and rock music since the year 1989. She has worked with various labels such as SBK, Sony, Columbia. She is widely recognized for her associate act with Wilson Phillips, a pop music group.

After five years of their marriage, the couple welcomed their first daugther named Lola in April 2005. Later, in June 2009, the duo got blessed with their second daughter, Luciana, born in June 2009. The couple keeps sharing pictures of their daughters via their Instagram profile.

On 13th October 2019, Carnie shared a picture with Rob wishing their 20th marriage anniversary before their actual anniversary in the upcoming June 23. The family of four sometimes goes outdoor to have dinner. Looking at their pictures, they are spending a happy life together.

Unlike many other famous stars, Rob Bonfiglio not only received recognition after marrying Carnie but made his career in the music field. He is a guitarist for Blush. Also, he performs in a variety of concerts and has posted many guitar solos’ on his Instagram. In fact, he has also published his own album titled Trouble Again which is available on his own website, www.RobBonfiglio.com.

As we already mentioned, Rob Bonfiglio shares a lot of pictures of his family via his Instagram account. On 12th May 2019, he shared a photo of his parents wishing his mom a Happy Mother’s Day.

Also, he once uploaded his picture of the ’80s on his Instagram. Though he has not revealed much about his early life and parents, he surely lived a happy life with his family.

The Ameican musician, Rob Bonfiglio surely earns an excellent amount of money from his on-going career. Though his net worth is under review as of 2019, his wife, Carnie has collected a capital of $24 Million as per the Celebrity Net Worth. Going through his Instagram profile, Rob usually goes outside to spend quality time with his family and posts lavish pictures.