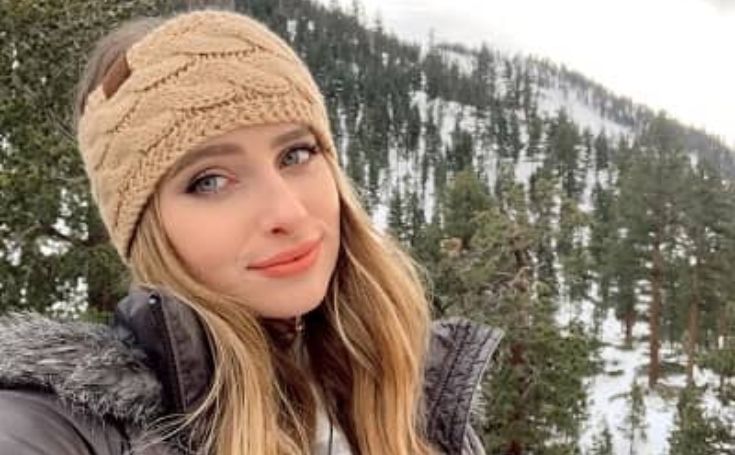 Courtney Schmidt, better known by her stage name SelfieC, is an American native social media star and a YouTuber primarily known as a “Viner” and a “YouTuber.” Moreover, she has garnered an impressive fan base due to her hilarious “Vines” and comedy clips on her self-titled YouTube channel Selfie C.

Before, she was part of the collaborative channel ‘GLAMMS’ and has emerged as a major fashion icon.

And her impeccable dress sense and makeup skills have earned thousands of followers on Instagram as well. Within a short period, the YouTuber has earned great fame and attends most popular social media fests.

As of now, Courtney is in a romantic relationship with her partner. What’s her net worth? Let us find out more about the star in the article below:

SelfieC first stepped into this earth as Courtney Schmidt on the 31st of October 1997 in the lavish City of Los Angeles, California, holding the Scorpio birth sign. Currently, she is 23 years and belongs of American nationality.

Courtney’s parents’ details remain a mystery, as she has revealed nothing related to them. Likewise, Schmidt grew up in Los Angeles with her elder brother and sister. As a child, she was very outgoing and brave.

Similarly, she has learned to swim by the age of 3 and began competitive swimming at 7years of age plus also showed interest in makeup and fashion.

Nonetheless, she has stated little regarding her early education. However, we sure know that she graduated high school in 2018 from one of the renowned colleges/universities in her hometown.

The TV personality Courtney goes by the name SelfieC across Youtube and social media sites. And she got the name from her sweatshirt, which she always wore and has Selfie printed on it.

Furthermore, she took the word, adding the initial letter of her name, and got her name ‘SelfieC.’ Likewise, Schmidt joined Youtube on the 28th of September 2014.

Additionally, she was a part of the Collaborative YouTube channel named GLAMMS, but they have deleted/Archived all its content.

And she has gained immense popularity on YouTube through her vines and short comedy videos. Her funny attitude and gullibility have fascinated many of her viewers.

Besides vines, she occasionally posts vlogs and Q and A videos that have been successful as fans want more insight into her life. Hence, the star has successfully carried her YouTube career by publishing comedy clips, vines, and vlogs.

Moving towards personal life, Schmidt is a very glamorous woman, and her dressing sense, good sense of humor, plus beautiful appearance all make her even more likable.

It is entirely normal for her to be in a relationship. The 23-year-old social media star has not walked down the aisle with anyone to date.

As of now, SelfieC is in a relationship with her longtime boyfriend, William Aragon. Moreover, the lovebird fully enjoys each other’s company and is often seen hanging out together with their family and friends.

The pair is deep in love so, there is no chance of their separation to date. Apart, the duo is living a happy life by fully supporting each other. Formerly, she has dated Devin Hayes, but after dating for a few months, the two broke up.

The attractive woman has earned a whopping amount of money from her career. Further, her estimated net worth might be around $1Million to $5Million as of 2021.

With such decent earnings, the star is currently living a healthy and wealthy life with her family and friends in the USA.