22-year-old young and beautiful, Shauna Sexton a model, social media star and full-time veterinary technician by profession, however, first garnered popularity when she won the title of the ‘Playboy Playmate of the month‘ for the month May 2018.

Similarly, she has also featured on Playboy for various photo shoots and blogs. Apart from this she also rose into the limelight when she linked having a love affair with the Batman star Ben Affleck. With this popularity, she has amassed more than 88K followers on her Instagram account.

Shauna Sexton was born on 20 January 1996 in Virginia Beach, VA. She was born under the birth sign Aquarius. She is the daughter of Sean Sexton and Tracie Reed Sexton. Her father served in the US Navy from 1991 to 2011. She was raised with her two elder sisters named Tabetha and Raven, and a younger brother named Luke.

Sexton used to spend her holidays with her grandparents Tom and Marguerite Sexton was very close with them. Talking about her educational qualification, she attended Floyd E. Kellam High School in Virginia Beach. Later, she joined East High School in Denver, Colorado and graduated from there. After completing her school, she along with her family moved to Los Angeles, California.

Besides this, she has also done modeling as she was the ‘Covergirl of the Month‘ for the month of December 2014. But she got into the limelight when she got selected as the ‘Playboy Playmate of the Month‘ in May 2018.

The 22-year-old model started working when she was just 17 and gained a lot of experience in the two distinct fields. Her primary source of income is from her profession as a Veterinary Specialty in Emergency Center (VSEC). Apart from this she also earns an impressive amount of money from modeling sector.

As of 2018, Sexton’s net worth is under review. Looking at the ability and publicity, her net worth will unquestionably rise in the near future. However, her current boyfriend Ben Affleck has an estimated net worth of $75 million as per the richest.

Shauna Sexton, 22, is a beautiful American model is not married. However, her dating affair is making heat on social networking sites as well as on Hollywood at the current moment. Sexton who is repeatedly appearing on Play Boy Magazine is dating with Batman star Ben Affleck. Sexton was spotted with her boyfriend, Affleck at Nobu in Malibu where both were having a romantic dinner.

Sexton’s boyfriend is a popular actor who has spent more than 10 year-year-old marriage relationship with famous actress Jennifer Garner which ended on 2015. Moreover, he also dated Lindsay Shookus, Saturday Night Live producer since 2107. After ending the relationship with Shookus, he got romantically engaged with the young and beautiful model Shauna Sexton in August 2018. As of 2018, the duo is enjoying their love life in the USA. 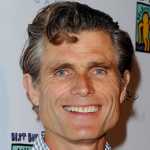 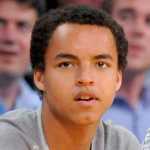