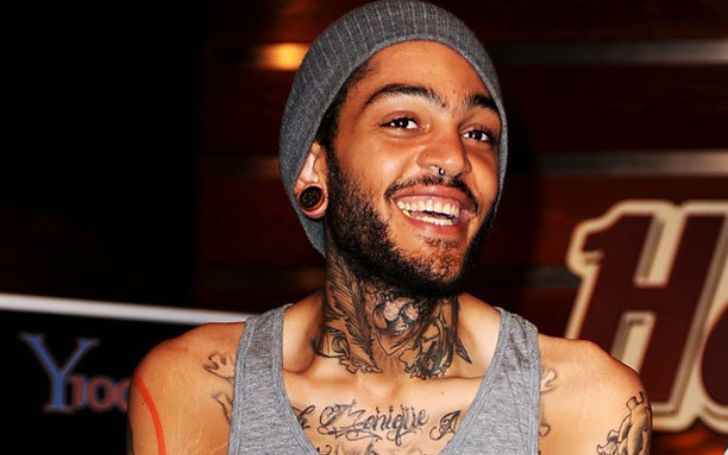 Rap and Hip Hop music accounted for 21.7 percent of total music consumption in the United States in 2018. Imagine how much it is for the world?  Pop and rock were booming across the world.

With this information, we present you with one of the talented and unique artists who have contributed a lot to the HipHop and Rap music. He is Travie McCoy, a gem in the music world!

Further, grab every detail about the fantastic artist, including his Relationships, Career, Family, Education, and Children. Also, know his salary, revenue, and Networth.

Born on August 5, 1981, Travie McCoy is an American rapper, singer, and songwriter. He is famous for Schleprok and Bernie Allen. His songs are featured in incredible movies such as Snakes on a Plane, Never Back Down, and I Love You, Beth Cooper.

Travie McCoy rose to stardom as the leading co-founder and the lead vocalist of the rap-rock band Gym Class Heroes. This Band was as incredible as Travie McCoy is! Sadly, the Band is no longer together and quit in 2019.

As the name indicates, This rap-rock Band was formed by Travie and  Matt McGinley after they met in the gym class during high school. They first met in the ninth grade and formally teamed up in 1997.

Gym Class Heroes formed when bassist Ryan Geise and drummer Matt McGinley performed in an instrumental band with no vocals at a party.

McCoy, who was present at the party, took the microphone and began rapping. A week later, the trio reassembled and started making music.

The former band members are,

Various genres influence the Band’s music, including hip hop, rock, funk, and reggae. Gym Class Heroes gained a massive fanbase while promoting the album,  The Papercut Chronicles in 2003. The group’s gold-selling album As Cruel as School Children was released in 2006.

A brief hiatus in the Band

After releasing their third album, The Quilt featuring numerous collaborations with other artists, the Band went on hiatus in 2009. At this time, the band members pursued several side projects. McCoy focused on his solo debut album and released it in 2010.

Lumumba-Kasongo worked on his side-project Soul, while McGinley was drumming in the rock group Kill the Frontman.

Finally, Gym Class Heroes got back together in 2011 and released The Papercut Chronicles II on November 15. Since then, it has become one of their most successful albums. Following the release of the albums and singles, the Band’s activity halted, and they again went on hiatus.

The Band returned to the stage in 2018, opening for 311 and The Offspring on their Never-Ending Summer Tour. They performed at the Vans Warped Tour 25th Anniversary Show in Atlantic City before splitting up again.

In 2019, he mentioned that Gym Class Heroes was still on break for an unspecified time.

Is the former lead vocalist Married? Who is his girlfriend?

Travie McCoy keeps a low-key profile regarding his personal life. Even though he is 40 years, he hasn’t spilled the beans about his relationship status. Therefore, Travie McCoy is not married. So is he dating anyone?

A Forty-year-old McCoy is as quiet as a mouse about his relationships and girlfriends. He might be dating someone and, understandably,  keeping the affairs far from the public eyes.

Since we have no clue about his current relationship, we know that he dated one of the world’s best-selling music artists, having sold over 143 million records worldwide, Katy Perry.

The adorable ex-couples dated back in 2006 and ended their relationship in December 2008. Both Katy and McCoy did not clarify the reason for their breakup.

However, McCoy said of the relationship: “I’m over it. There’s no bad blood. I wish her nothing but the best in her future endeavors.” and “We both have gone our separate ways, so it is what it is.”

This talented artist Travie was born and raised in Geneva, New York. His mother is an American native and Irish descent. Likewise, his father is Haitian.

Travie graduated from  Geneva High School and attended art school at Munson-Williams-Proctor Arts Institute. He was majoring in fine arts and illustration but dropped out at 20 to focus on his career.

In addition, Travie McCoy is active on Instagram as @traviemccoy with 209k fan followers and 85 posts on Instagram.

How Rich is Travie McCoy? Know his Career and Networth

McCoy used a wheelchair as a child for four months following a skateboarding accident; his loss of mobility allowed him to focus on art. He began tattooing his buddies when he was 15 and worked as an apprentice at a tattoo studio.

McCoy used to work at a tattoo parlor, teach art at a Boys & Girls Club during the day, and work at a gas station at night.

McCoy quit his three jobs and focused only on art, starting an art show with a friend. Before Gym Class Heroes became famous, he existed from his painting sales.

Now, He holds a networth of  $9 million. He amassed this massive sum through his successful career in the music industry spanning over a decade.

He has collaborated with other amazing artists and producers like  Bruno Mars, T-Pain, The Smeezingtons, The Stereotypes, Lucas Secon, and Oligee.

Recently, Rapper Travie released his first single in six years, A Spoonful Of Cinnamon, on June 18.