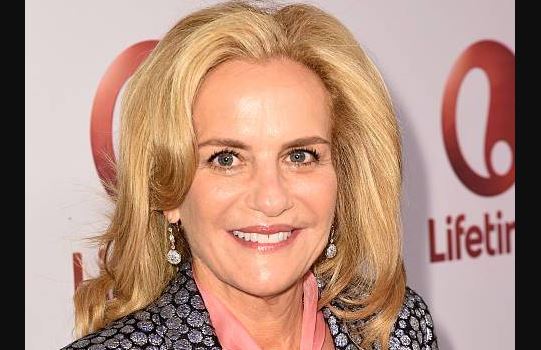 Wendy Finerman is a famous American film producer. She has produced various films and worked as an executive producer in many television shows. Her most famous movies are Forest Gump(1994), Fairy Tale: A True Story(1997), Stepmom(1998), comedy film The Devil Wears Prada(2006), and many more.

The 59 years old Finerman won the Academy Award for Best Picture for Forrest Gump in 1994. Wendy married twice in her life, and she has three children with her ex-husband. How rich is Finerman? What she is doing now? Let find out something more about her.

Wendy was born on 2nd August 1960 in California, USA. There are no details of her parents but it is heard that her father was an orthopedic surgeon. She has a sister named Karen Finerman who is an owner as well as a trader in a hedge fund. Also, she has a brother whose name is Mark Finerman. She graduated from Wharton School of Business at the University of Pennsylvania.

She started her career in 1988. Her first film was Hot to Trot but it was not a success. Then she produced her next film after that she never had to look back again. This film was  Forest Gump(1994). Forest Gump was a super hit film and did an excellent collection in the box office. After that, she produced different movies and television shows.

Moving into Wendy’s relationship status, she is a married woman. The 59 years old is married to David Peterson following her split up with her first spouse. Since Finerman is living a low key life, there’s no information about her wedding. Together the couple is blessed with one child, but the proper identity of their child is missing.

Wendy and a studio executive and producer Mark Canton got married in 1985.  They were together for several years. The couple shares three children Dorothy, Henry, and the name of another child is not available. After spending several years with each other they got divorced in 1999.

Wendy is supposed to be a rich producer as she has produced many films and earned a hefty amount of wealth from them. Her most famous movie Forest Gump was budgeted $55 million but its box office collection was $678.2 million which is more than 10 times its budget.

Her other movie The Devil Wears Prada collected $327.9 million in box office against the budget of only $35 million. Some of her other films also did a good collection in the box office and helped her earn more. In addition, she marked her $15 million worth, East Coast traditional main house in the United States for sale. Considering all these her net worth is around $10 million but the exact data is not available. Currently, the film producer is living a rich and lavish lifestyle with her family. Guy Birtwhistle, Gian-Carlo Coppola, Carla Santos Shamberg, and Samantha Vincent are some renowed Hollywood film producers like Wendy Finerman.