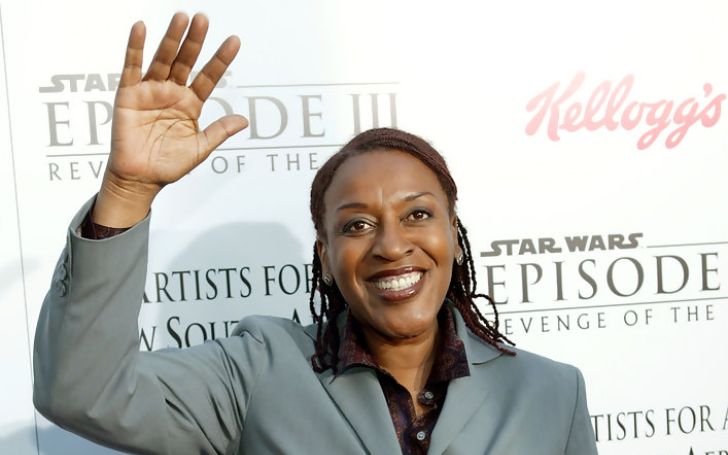 In short, C.C.H. and full name, Carol Christine Hilaria Pounder. She is an amazing actress enriched with positive features such as confidence, strength, integrity and strong-mindedness.

Moreover, Carol Christine Hilaria is a four-time Emmy nominated actress who maintains such a high level of performance throughout her five-decade career.

C.C.H. stepped into the film industry in 1979 and has been on it ever since. Following her high school graduation, C.C.H. moved to Newyork and attended Ithaca College.

During her college days, her acting skills were fully tapped into. She performed in Regional and classical repertory theater and gained roles in productions like The Mighty Gents and her Broadway debut, Open Admissions.

Similarly, the other stage work includes Antony and Cleopatra, The Frog, Mumbo Jumbo and The Lodger.

Actress C.C.H. Pounder amasses an enormous sum through her acting. She holds a hefty networth of $6 Million. All the credits go to her works in Film and Tv series. To date, she has appeared in 24 films and 40+ Tv series, similarly, as voice roles in five video games.

In addition, Pounder is best known for her subtle intensity. As a result, she achieved an Emmy nomination for her stint on the hospital drama E.R. Besides; she has performed in several critically acclaimed topical mini-movies dramas including, Common Ground, Murder in Mississippi.

Also, American Playhouse: Tell It on the Mountain, Little girl Fly Away, A touch of Hope, Boycott and more.

She did her schooling in England, moved to the United States, and attended Ithaca College. The Pounder is about 69 years old as of 2021. She stands 1.69 m tall and weighs 80 kg having blond short curly hair and dark-brown eyes.

Carol Christine Hilaria Pounder was married to Boubacar Kone. He was an Anthropologist. Nothing much is known about her marriage and husband.

However, the couples tied the knot in 1991. They remained married until the death of Boubacar.

Sadly, the actress’s husband passed away on August 3, 2017, in Los Angeles. The reason behind his death is natural. On the first anniversary of Boubacar’s death, prayers were offered, and a feast in celebration of his life was prepared.

In addition, Late Boubacar is the founder of a Museum, Musee Boribana in Dakar, Senegal and The Pounder Kone Art Space in Los Angles, which he co-founded with his wife, Carol.

Carol and Boubacar shared three children. The name of their children is Libya Kone, Matthew Kone, and Nicole Kone. Moreover, the children are well-grown adults. They live a private life and stay away from the spotlight.