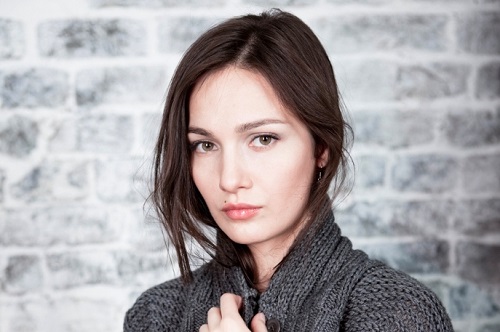 Evgenia Brik is a Russian actress known for her role as Kalinka in the Flemish drama series Russian Dolls: Sex Trade. Furthermore, Brik portrayed the role of Katya in Hipsters. In addition, her TV series credits are Filipp’s Bay, S. S. D. and many more.

The 5 feet 7 inches tall actress Brike has successfully managed her professional life as well as personal life. She is a married woman and mother of a child. If so who is her husband?

Evgenia Brik was born as Evgeniya Vladimirovna Brik on 3rd September 1981 in Moscow under the birth sign Virgo. She was named after her paternal grandfather Yevgeny Abramovich Krein, a famous journalist. In addition, she also took the surname Brik of her paternal great grandmother Sofia Brik.

As per her nationality, Brik is Rusian. Further, she speaks Russian as well as English. Brik studied at the Rissian Academy of Theatre Arts and obtained her diploma in 2004.

Who Is Evgenia Brik’s Husband?

Evgenia Brik got married to her long-time boyfriend turned husband Valery Todorovsky in 2006. Her husband is a Russian film director, screenwriter, known for his film Hipsters. The husband and wife dated for several years before they tied the knot.

Since their wedding, Evgenia and her spouse are living a blissful life. The couple is blessed with a daughter Zoey Todorovsky born in 2009. Their daughter also made her acting debut as young Prairie Johson in The OA a 2016 Netflix Original series.

As of now, the actress Brik and director Todorovsky are in a conjugal relationship for over 10 years. Once the actress stated she is not Jealous of another actress with whom her husband has to work on the set. Brik said that the director even needs to show sympathy for the artist.

In addition, she also admires her husband and also considers him as a brilliant Director. As of now the parents of a child is living a happy life without any rumor.

What Is Evgenia Brik’s Net Worth?

Evgenia Brik earns an astonishing amount of money through her career as an actor. It’s been more than a decade that Brik is working as an actress.

Yet, Evgenia has not shared the exact figure of her salary and net worth to the media. But analyzing at her successful career it seems like her net worth is around $1 Million as of 2019.

In addition, Brik played in the few movies and TV series which are doing good in the industry. One of her film The Geographer Drank His Globe Away made on the budget of 80 million rubles collected 200 million rubles. In the film, she played along with Konstantin Khabensky, Elena Lyadova, Anna Ukolova, and others.

On the other hand, her husband, Valery’s net worth is around $2 Million as of 2019. The main source of his income is his profession as a Russian film director, screenwriter, TV producer. As a director, he earns an average salary of around $6354. As of now, the couple is living a happy and luxurious life. However, the information about their house and car are unknown.

Evgenia Brik’s age is 37 years which is similar to that of an actress Lauren Bohlander. The beautiful actress stands at the tall height of 5 feet 7 inches and weighs around 50kg. As an actress, she has maintained a perfect body figure.

Moreover, her beauty is further enhanced by her light blonde hair and brown eyes.