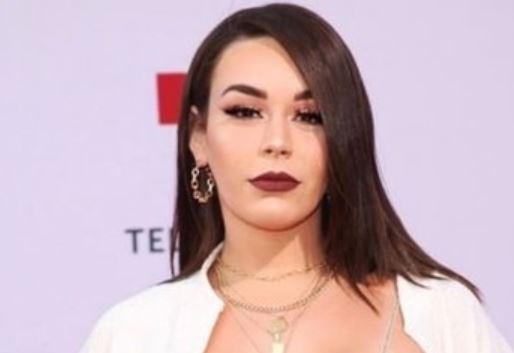 Jesaaelys Ayala González is an Instagram Star from Puerto Rico. She is widely famous as the daughter of a renowned singer-songwriter and rapper Daddy Yankee. Jesaaelys is one of the popular social media influencers, and the internet is obsessed with her. Moreover, González has succeeded in gathering lots of attention on Instagram as a fashion and beauty influencer.

Gonzalez has excellent photography skills that made her followers obsessed with her. Likewise, the 19-year-old Instagram star seems to be very adventerous and appears to be obsessed with makeup. She is constantly on vacation, doing adventerous things with her family and her loved ones. Jasaaelys is in a relationship. Let’s get into the article to know about her personal life and net worth.

Jesaaelys Ayala Gonzalez was born in San Juan, Puerto Rico, on June 18, 2000. As of February 2020, she is nineteen years of age. Moving on, she is the daughter of famous personalities. Her father Ramón Luis Ayala Rodríguez, famously known as Daddy Yankee, is a Puerto Rican singer-songwriter and rapper. Furthermore, her mother, Mireddys González, is a manager. Jasaaelys’s parents were only seventeen when they got married in 1994.

Similarly, Jesaaelys Ayala Gonzalez grew up alongside two siblings. Also, she has an elder sister named Yamilet Ayala Gonzalez and a younger brother named Jeremy Ayala González. Moreover, when Yamilet was born in 1994, their father was only seventeen years of age. Jeremy is the youngest child in Jesaaely’s family.

She has a close relationship with her brother. Moreover, the Instagram star Jesaaelys Ayala Gonzalez attended the University of the Sacred Heart (Universidad del Sagrado Corazón) in Santurce, San Juan, Puerto Rico. However, her primary subject is unknown.

Is Jesaaelys Ayala Gonzalez in a Relationship?

Is Jesaaelys in a relationship? Well, the answer is yes! She is in a relationship with Carlos Olmo. The couple officially announced their relationship in January 2018. Since then, Jesaaeyls Ayala Gonzalez and her loving boyfriend Carlos Olmo have been inseparable. The couple is not shy to showcase their love for each other to the world. Moreover, Ayala and Olmo are constantly on vacation and share romantic pictures.

Jesaaelys even introduced her boyfriends to her family, and Daddy Yankee and his wife don’t seem to have any problem with it. Moreover, the couple has taken trips to famous holiday destinations like Hawaii, Spain. Carlos Olmo is also from Puerto Rico, just like his girlfriend. Maybe, he resides in Puerto Rico. However, Jesaaelys Ayala Gonzalez lives in Orlando, Florida. Likewise, she owns two Italian Greyhound dogs, names Ariel and Adella.

As a Social Media influencer, Jesaaelys Ayala Gonzalez has an estimated net worth of $300,000. She collected her fortune as social media influence, likewise, as a Fashion and Beauty Vlogger. Moreover, she started a YouTube channel under the name ‘Jesaaelys.’ Furthermore, on her channel, she posts vlogs, her makeup routine, QnA videos, and more. Her boyfriend is also constantly seen in her vlogs. Additionally, she is estimated to earn $21,000-$25,000 for a paid promotion.

Moreover, she has a total subscriber of 25.91K. Likewise, her earning from per video is around $195. As her YouTube channel is very new, she is sure to make more money from YouTube after some time. Also, she is the daughter of a multimillionaire celebrity. Her father, Daddy Yankee, has an estimated net worth of $30Million, according to Wealthy Gorilla.