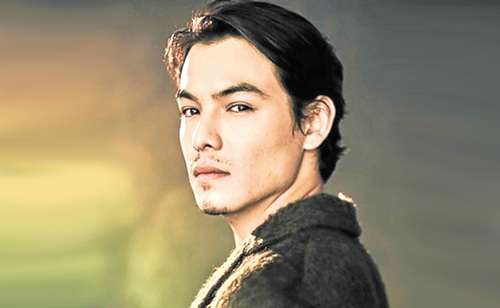 Ryan Potter is an American actor who is well known for playing the role of Mike Fukanaga on the series, Supah Ninjas. He voiced the character Hiro in Disney film, Big Hero 6 in 2014. Moreover, he started appearing on a lead role as Garfield Logan/Beast Boy in the DC Universe’s Titans from 2018. Well, he is skilled in martial arts, stage combat, and stunts.

As of 2019, Potter’s net worth is around $14 Million. Besides, he is currently dating with Bethany Mota, an American blogger. The couple spent most of their time with each other. If you love to know more in details about Potter’s career as well as his personal life, net worth, and height, read the biography of Ryan Potter.

Who is Ryan Potter? What’s his Age?

Ryan Potter was born on 12th September 1995, in Oregon, the USA. Potter’s nationality is American and his ethnic background is half Caucasian and half Japanese. As of 2019, Ryan’s age is 23 years and he was born under the zodiac sign of Virgo. Besides, there is no information about his parents, siblings, and qualifications. However, he once posted a picture of his early days with his mother.

"Upon my birth| my mother said| there is God in you| can you feel her dancing" -rupi it's that time of year again where you get back to back photos of this goddess. I miss you dearly and I hope you're well. Happy Mother's Day.

When he was only 7, his parents moved to Japan from the United States. While in Japan, Potter joined classes for kung-fu dojo called White Tiger Kung Fu and learned the martial arts for 8 years. He is also fluent at English and Japanese. He loves to play baseball, skateboarding and playing drums and a big fan of action movies and wants to make movies by himself in the future one day.

Inside of Ryan Potter/Beast Boy’s Career

Talking about Ryan Potter’s profession, Potter pursued his career at the age of 15 when he received a leaflet in his kung fu class announcing Nickelodeon was looking for teenagers to star in a new martial-arts themed program, Supah Ninjas in 2010.

After a few days later, he decided to audition, eventually, he got the lead role of Mike Fukanaga, a typical American teen who discovers he is a descendant from a long line of ninjas. In March 2012, Nickelodeon announced it had renewed Supah Ninjas for a 2nd season.

Furthermore, Potter voiced Big Hero 6 protagonist Hiro Hamada and reprised his role in the animated series based on the film and Kingdom Hearts III. In the series, he appeared alongside another actress, Genesis Rodriguez. He also played the role of Tim Drake and created a concept fight scene using the character’s signature bō staff as an audition.

Moreover, he ended the video with a plea to Ben Affleck to cast him as Robin. Later, he appeared as Beast Boy in Warner Bros’s live-action series, Titans.

How much is Ryan Potter’s Salary & Net Worth?

sorry to bother but she was lookin too damn fine ? @jerrymaestas styling: @justinsknight

According to Payscale, an average television actor made $5,132 per week in half-hour shows and $8,210 per week for one-hour shows. Those who are hired for 10 to 19 weeks earns $2,780 weekly, while those who served for 20 or more weeks made $2,314 per week. Moreover, Television also had rates for television actors who are hired to work for 3 days and whether they sang or not on the half-hour or full-hour shows, they received $2,363 for the period.

Besides, Potter collaborated with Carlos Knight, Lucas Cruikshank, Gracie Dzienny, George Takei, and Brandon Soo Hoo in the American comedy series, Supah Ninjas. Moreover, Lucas and Brandon have the same amount of net worth of $5 Million. Where Takie has $12 Million which is greater than Dzienny’s net worth of 500 thousand dollars. Also, Carlos’ net worth is around $2 Million as of now.

Ryan Potter also served as a voice actor in Disney’s Oscar-winning animated film, Big Hero 6. The movie has collected $657.8 Million in the box office. Currently, Potter cast in the TV series Titans for the role Beast Boy and Jo, the Medicine Runner.

Ryan Potter bought a new Chevrolet car and its price ranges between $12,685–$51,670. If Potter’s Instagram is trusted, we can say he also loves visiting new places and partying a lot. Moreover, he spotted in many new places and spends his money on branded items and gadgets.

Ryan Potter is engaged in philanthropy activities. Moreover, he became the founder of Toy Box of Hope which he established in 2011. The organization yearly manages charity events for homeless children and also provide toys for them.

Who is Ryan Potter’s Girlfriend? His Relationship Affairs

Coming up to Ryan Potter’s personal life, Potter is 23 years old and still unmarried. Previously, he was linked into an affair with Gracie Dzienny since 2011. However, the couple didn’t last for long and they broke up in 2013 due to some misunderstandings between them.

After break up, Potter started dating with Bethany Mota, an American blogger. Moreover, the couple is spending most of their times hanging out with each other and they are happy to keep their company. Besides, he hasn’t faced in controversies and debates neither did anything wrong that make shame on his personality.

Potter is living a happy mingle life with his girlfriend, Mota and busy working on his career. Hopefully, we can assume that he will marry soon and give us good news in the future.

As of 2019, Ryan Potter is in his 23-years of age. His birth sign is Virgo. Similarly, the early twenties actor, Ryan has maintained his body fit and healthy. He looks handsome with his brown eyes and black hair color. Additionally, Potter stands at a height of 5ft 7 ½ inches (171.5 cm). Moreover, he weighs approximately 64 Kg (141 lbs). However, his other body measurements are not available at the moment.